It seemed to me that the first post after the name change should be a watercolor one, and I’ve had some requests to show a bit more of my water coloring process, too. I thought the best way to do that was to make another of my most favorite doodle buds watercolor cards and to capture a bit of the process in a video! 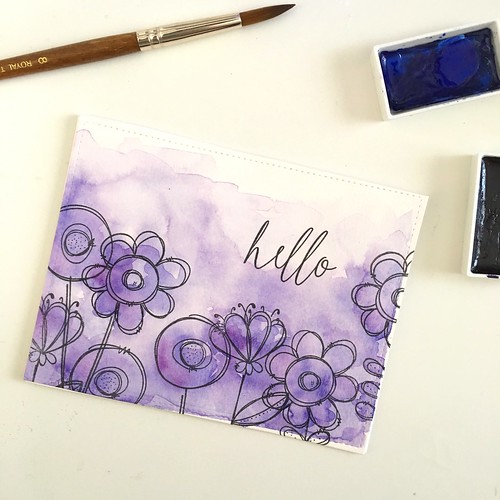 I followed the same technique that I outlined in my previous post, stamping multiple images from the doodle buds set onto Canson Watercolor Paper and not worrying about making them off before I layered images on top of each other. Then I got out my Gansai Tambi watercolors. 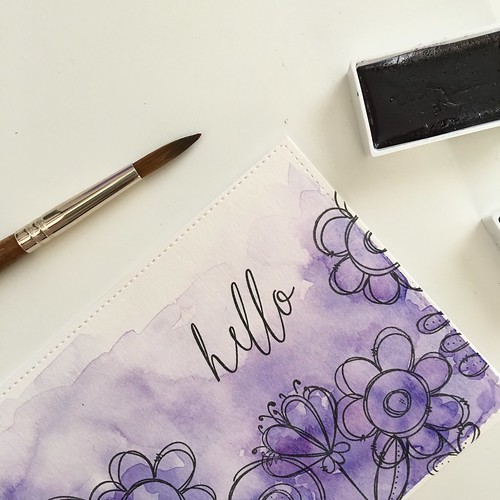 All the while, I had my camera and tripod set up on the top of my desk so that I could capture what I was doing. Basically, the video is evidence that I have a very disorganized and erratic way of stamping and painting (but I edited out most of those parts, haha). Once I was finished, I mounted my panel to an A2 card base and took some still shots. Then I got to editing the video… 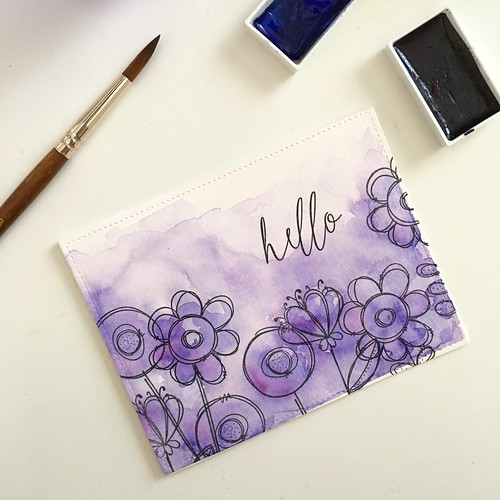 ….And I basically had no idea what I was doing, which made me feel very un-hip! It took me quite a while to snip and rotate and condense everything into a video that is about one minute long. I also sped up the video quite a bit, to fit the bulk of the painting process in. And then I inadvertently ended up with a YouTube channel so that I could share the video here. Phew. Overall, I had fun making the video and I’m sure the whole process will get much less frustrating if I have a bit more practice. Anyway, I hope you enjoy it! 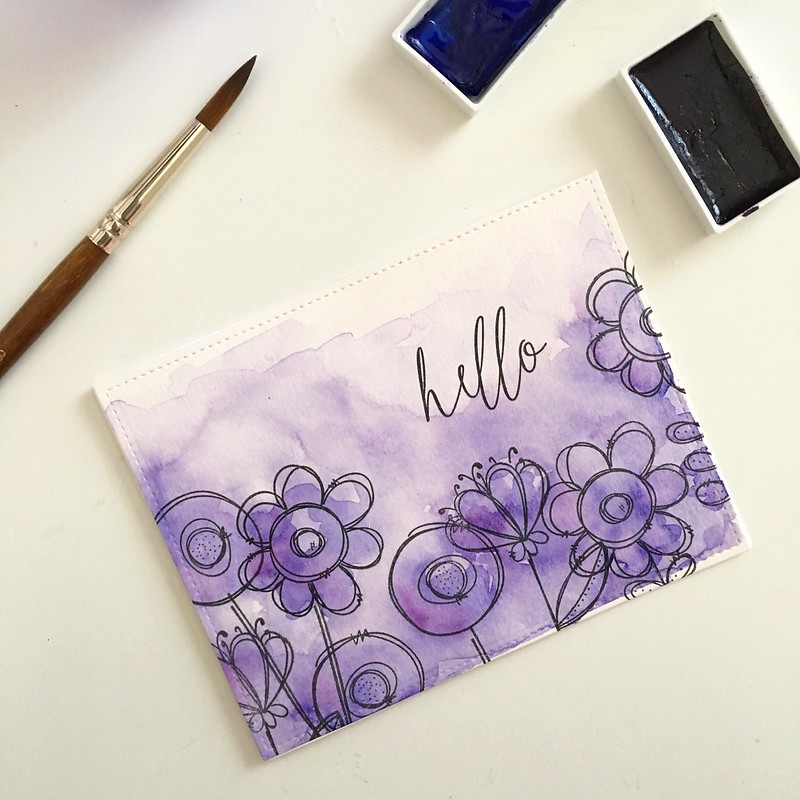