More birthday cards! This one even came with a matching cake topper. 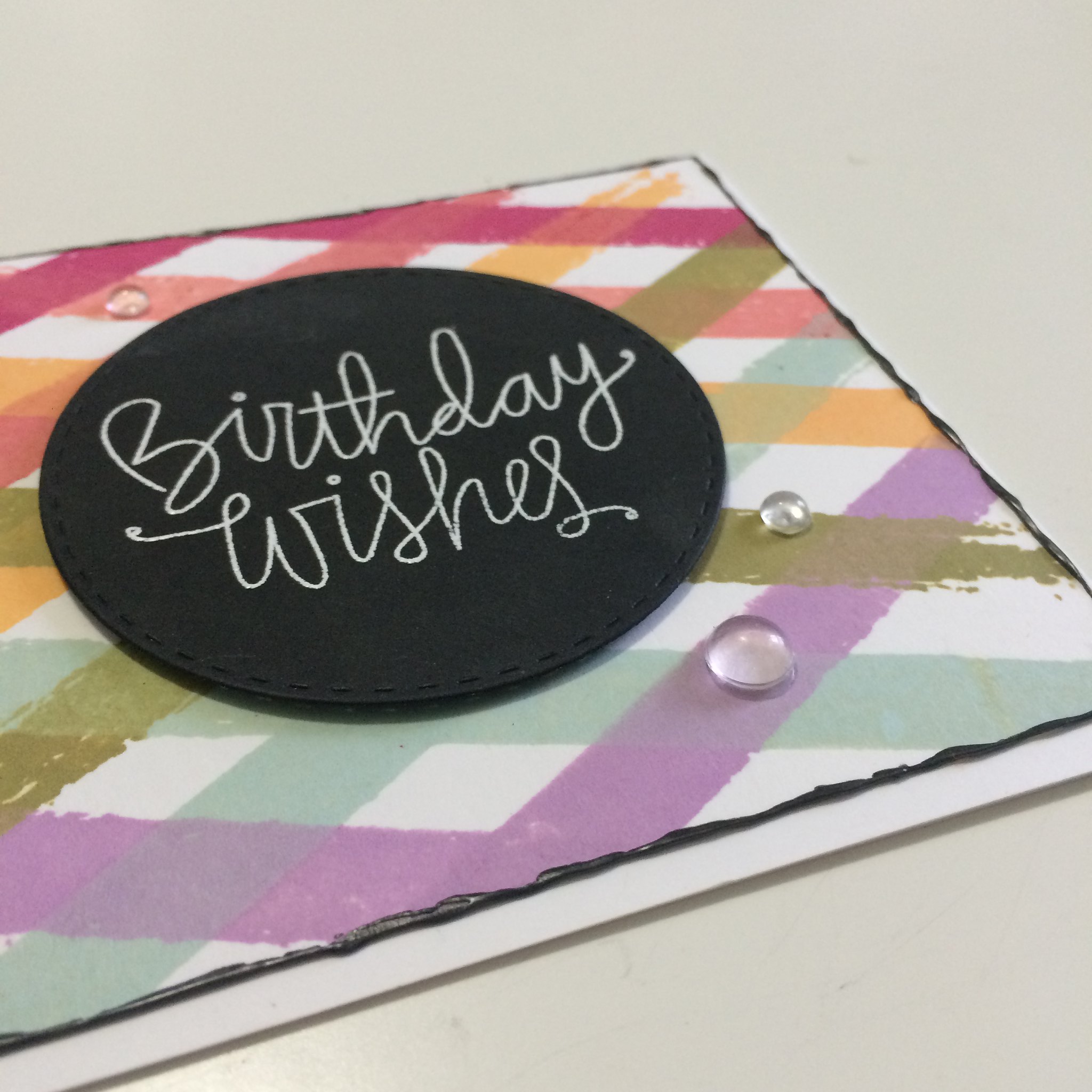 I used the Mama Elephant Brush Strokes stamp set and several of my Wplus9 and Simon Says Stamp dye inks to create the background for this card. I just repeat stamped one of the images from the stamp set diagonally across the panel and tried to stay in rainbow order when changing colors. It created a plaid effect a la Laura Bassen(one of my favorites!) I love how the background turned out! 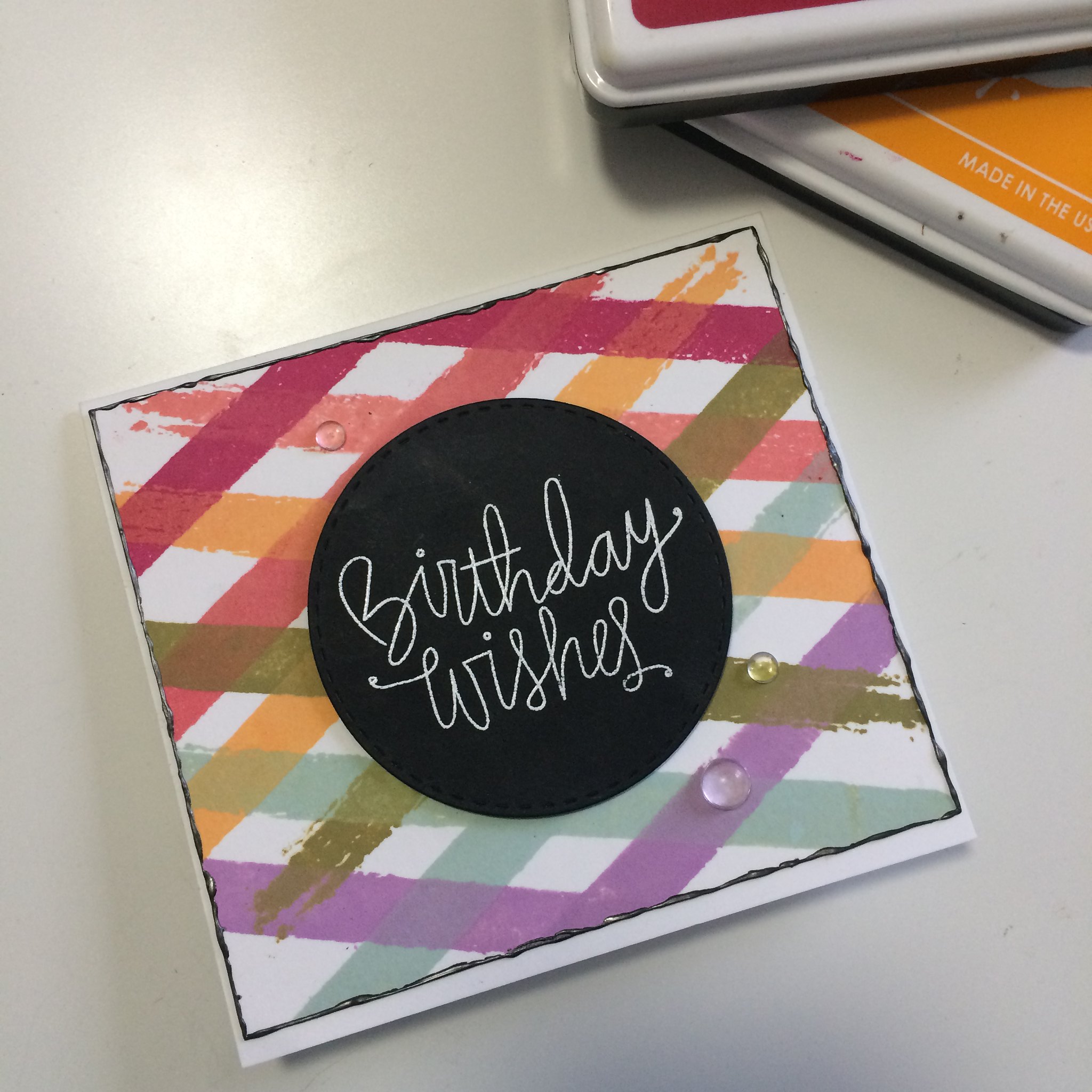 I heat embossed the Birthday Wishes sentiment on some black cardstock and mounted it to the middle of my panel. Lastly I added some Pretty Pink Posh clear droplets because I am obsessed with them. 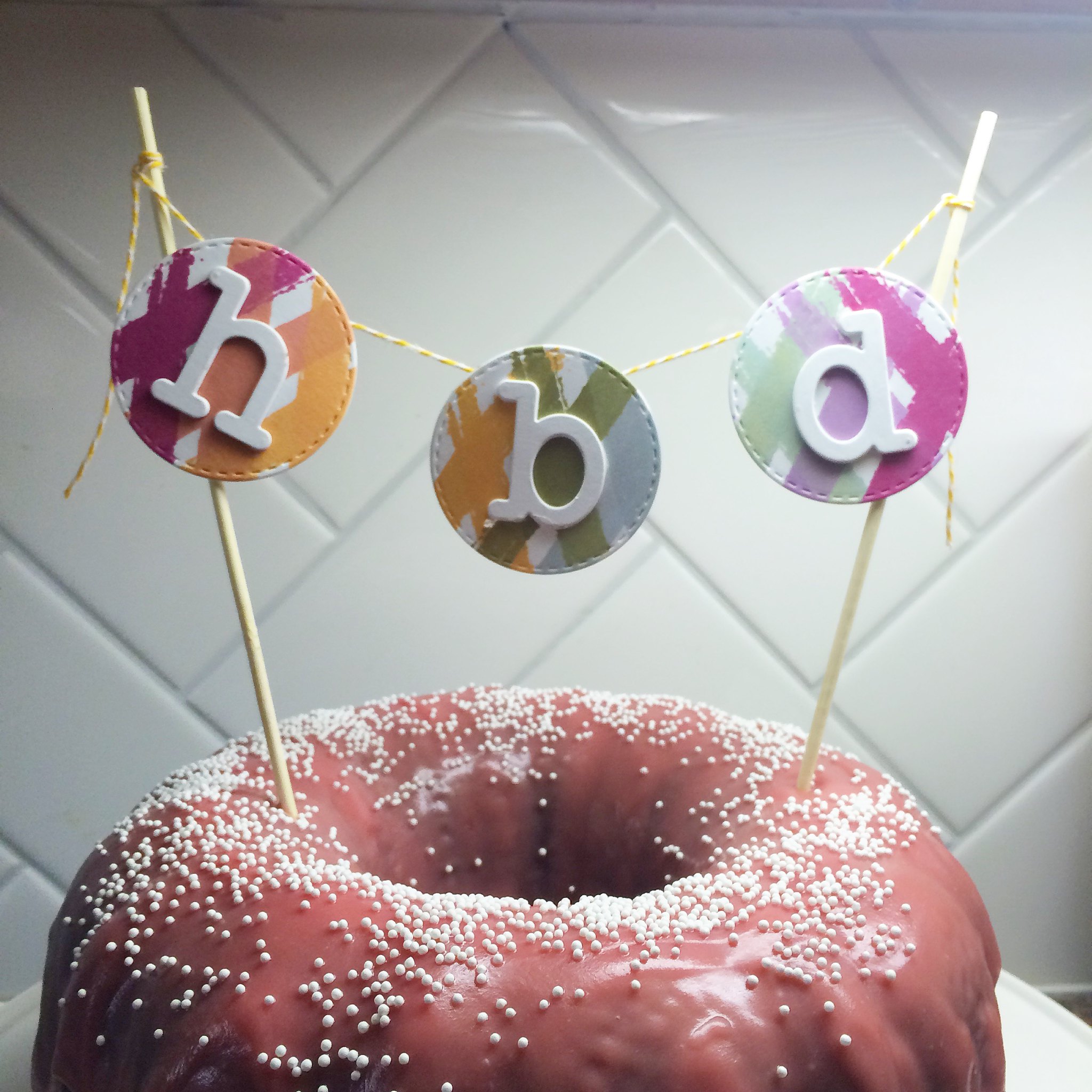 I made this card for a friend’s birthday, and I even made her a cake with a topper that matched the card, mostly because I loved making the plaid pattern so much! I used Lawn Fawn’s Louies ABC’s dies for the hbd sentiment. 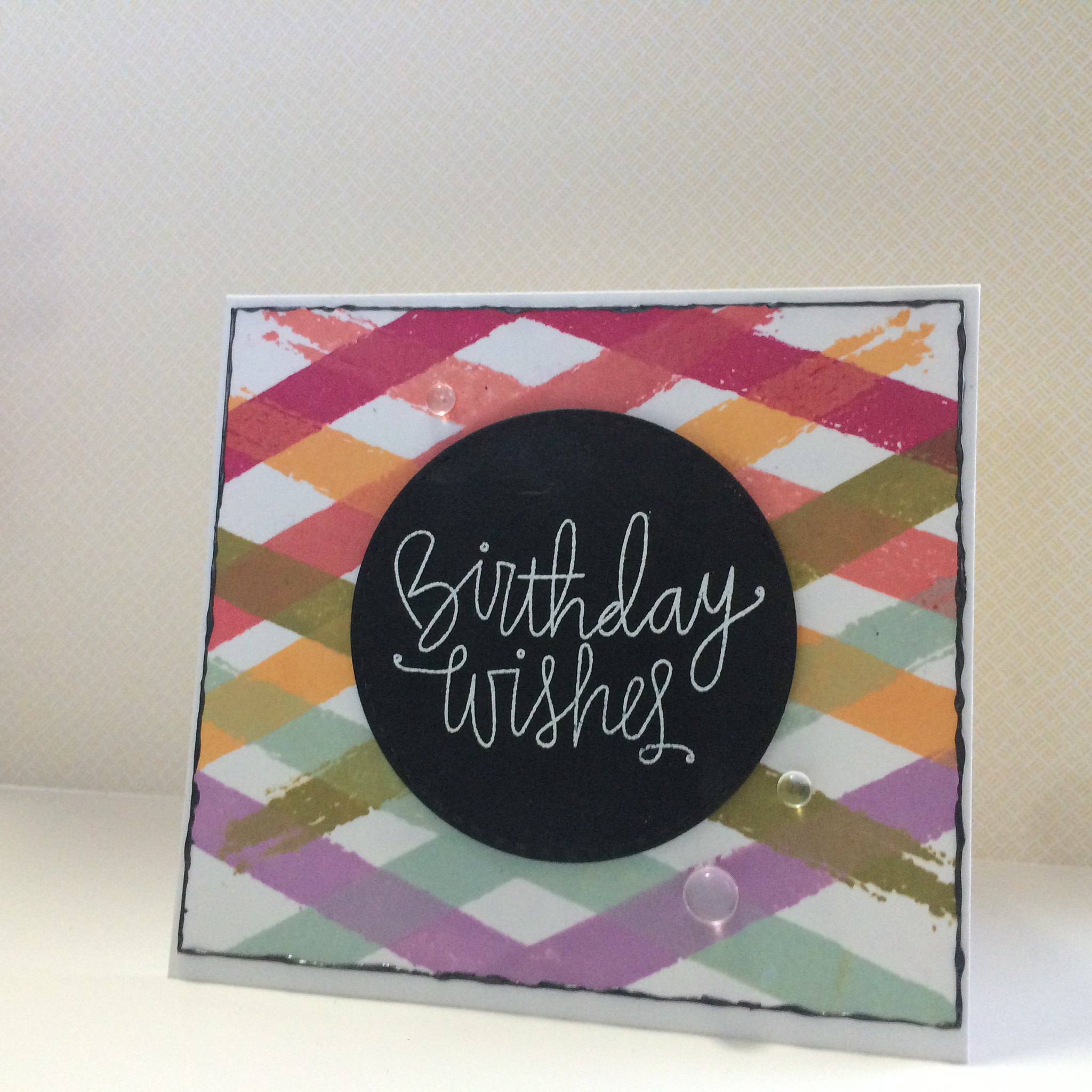 The cake was chocolate, with a (pink) chocolate ganache frosting, and it was delicious!

This was a relatively ambitious one. I used nail tape to achieve the plaid design. I’m in a love hate relationship with nail tape at this point. Has anyone else used it? How do you get it to not want to peel off after a few days?! Apparently multiple coats of top coat are not enough?  Anyway…

In addition to a top and base coat , I used:

To start, after a base coat I painted each nail with two coats of Keeping Suzi At Bay. Once dry, I started, one nail at a time, by cutting short strips of nail tape, and taping them on my nail in the pattern above to create a plaid effect. I used cuticle nippers to cut the nail tape in strips that were initially a bit longer than the area I needed them to cover. Once I placed the tape, I used cuticle nippers to cut it to the right length. Then one, two, three coats of top coat (!! – I had to get the tape to stay stuck down!) and I was ready to go.

They took me a while, but I think it was worth the effort (although some people might start to think I have too much time on my hands…)