I do love a good piece of patterned paper, but I think I love being able to make custom patterned paper using lots of my own stamps even more. Case in point, this project! I used the Hello Sunshine stamp set from Altenew to create this (almost) one layer card. There are so many great floral images in this set and it’s hard not to want to use them all at once, so DIY patterned paper is always a good solution to be able to incorporate a lot of images at once. 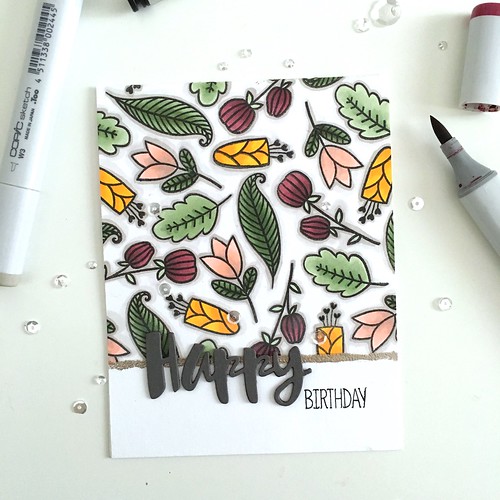 I started off by making off the bottom of my card to leave a bit of white space and add some interest to the card (just like I did here). I then selected several images from my stamp set and started stamping them in a pattern all over the paper using Intense Black Ink. One of the keys to making your DIY patterned paper look legit is to make sure you stamp some images so that they are running off of the edges of the paper. 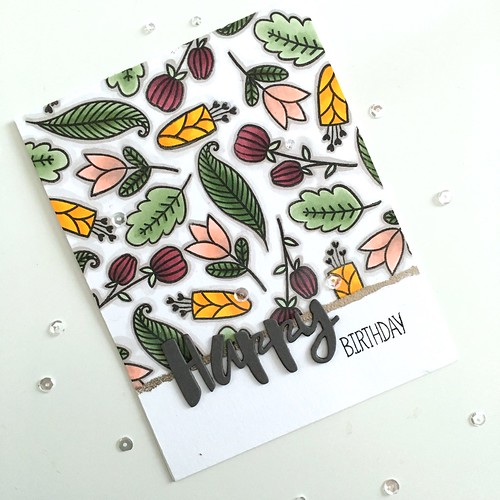 After I had finished stamping the panel, I removed my mask at the bottom and colored in the images with my Copic markers. I added a gray outline around each image as well, just to give them a bit more of a pop. (BTW – the color scheme I chose was loosely inspired by this pin.) 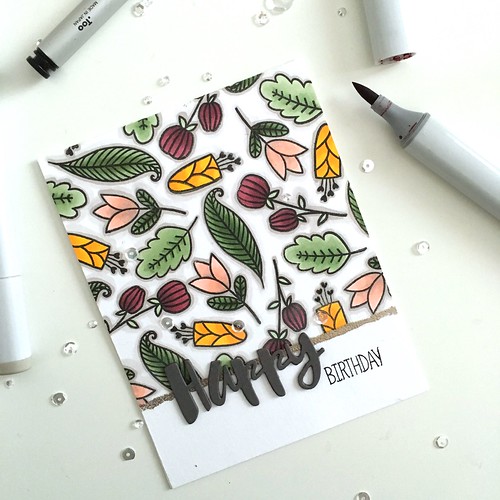 Once everything was colored, I heat embossed a line of liquid platinum embossing powder where the pattern stamping met the white area of the card, and then used the “happy” part of my Painted Happy Birthday die for the sentiment (layering several slate gray-colored die cuts on top of each other). I finished by stamping the word birthday using a stamp that I pilfered from another stamp set that I can’t remember the name of at the moment! 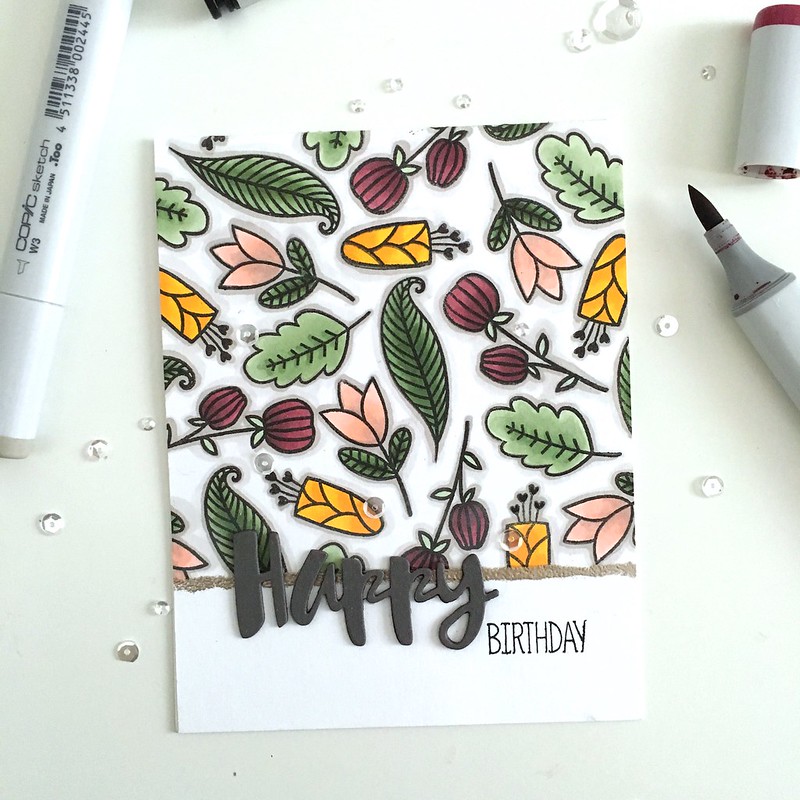 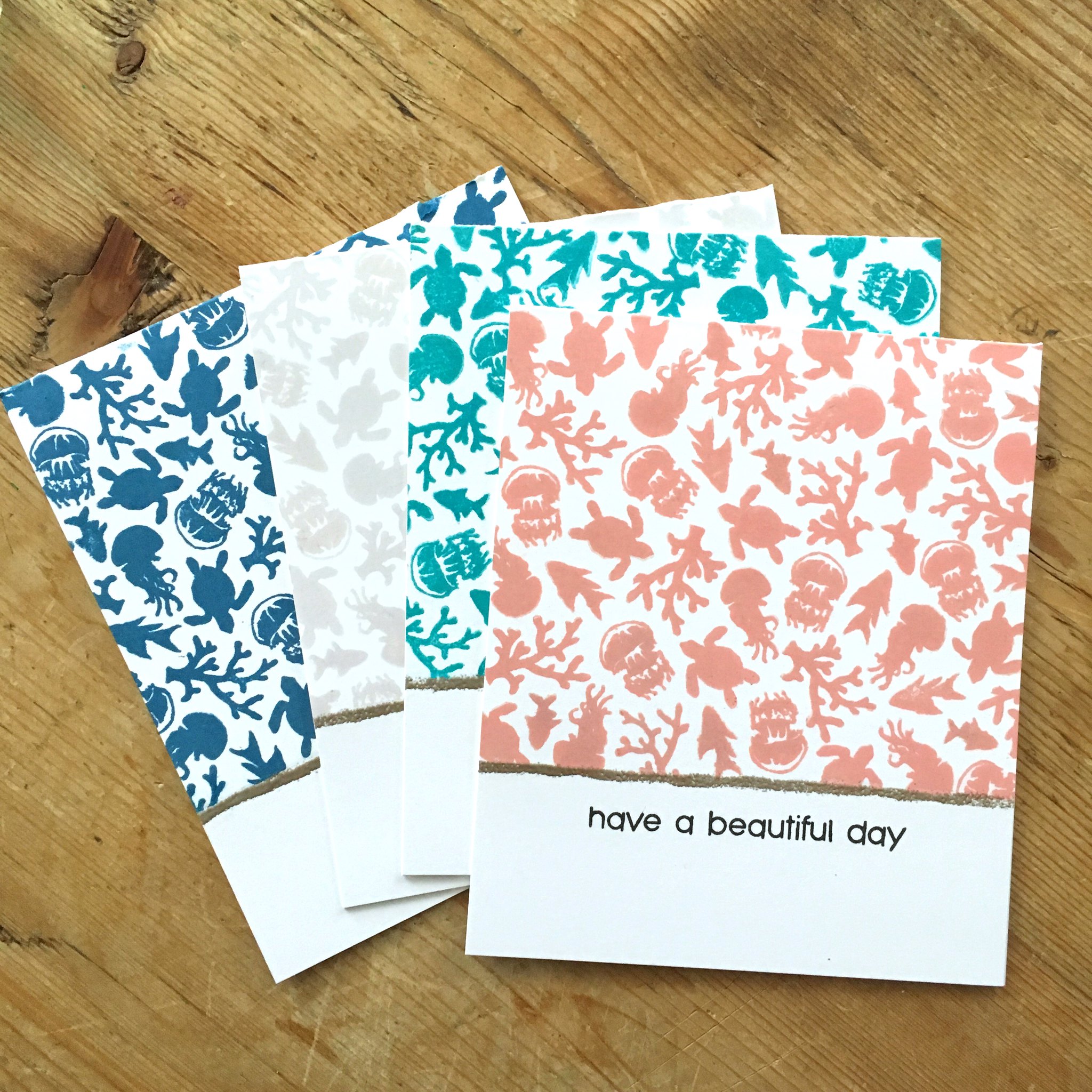 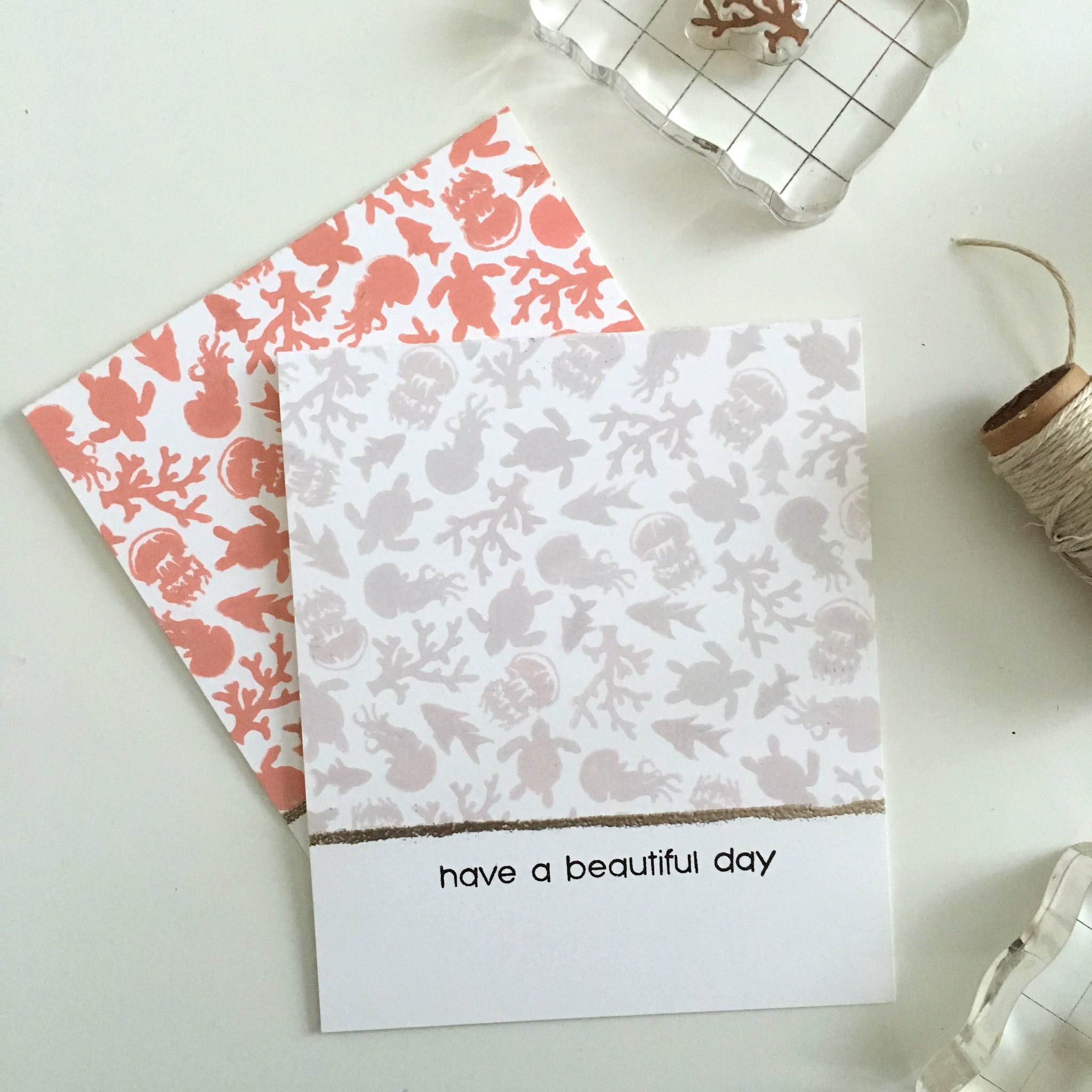 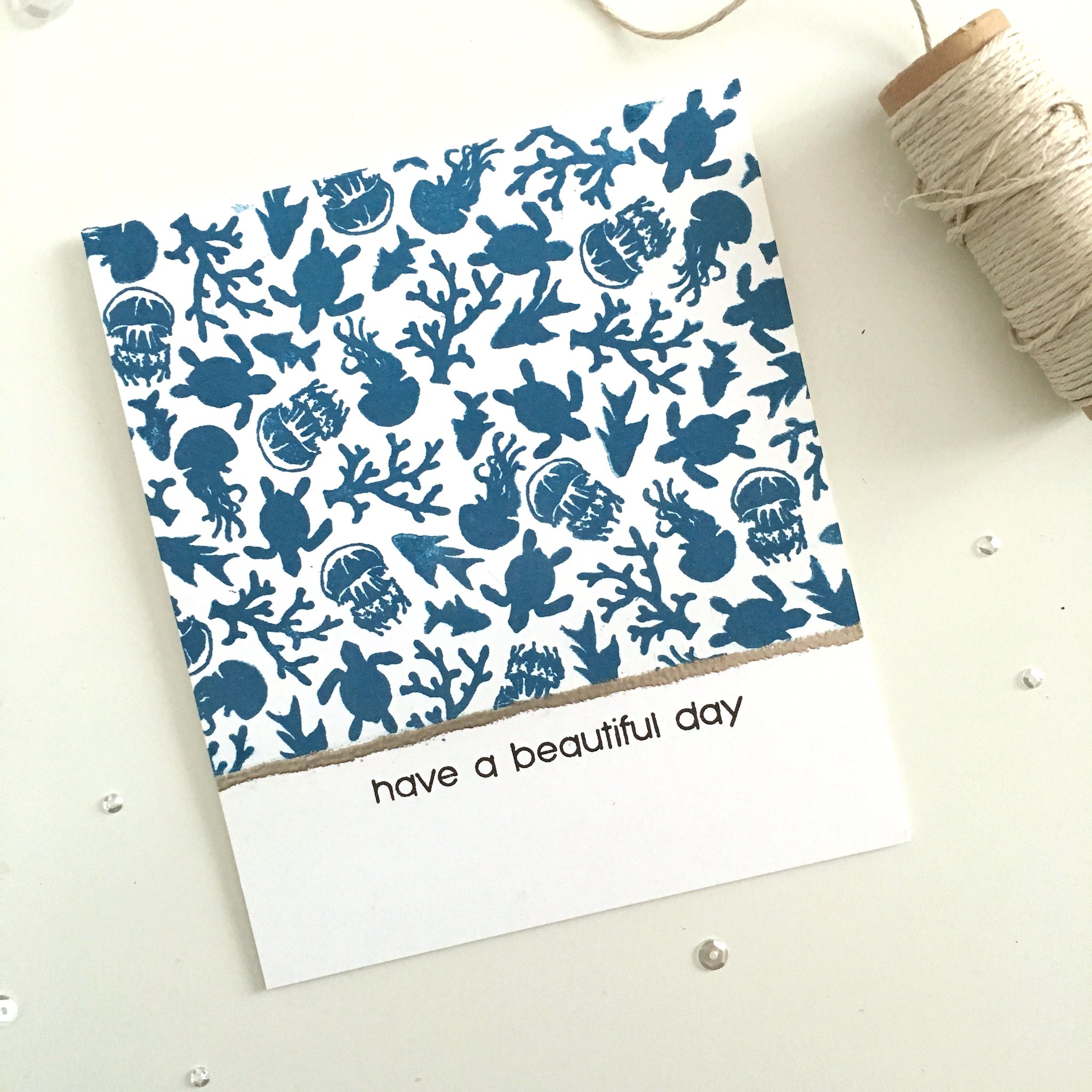 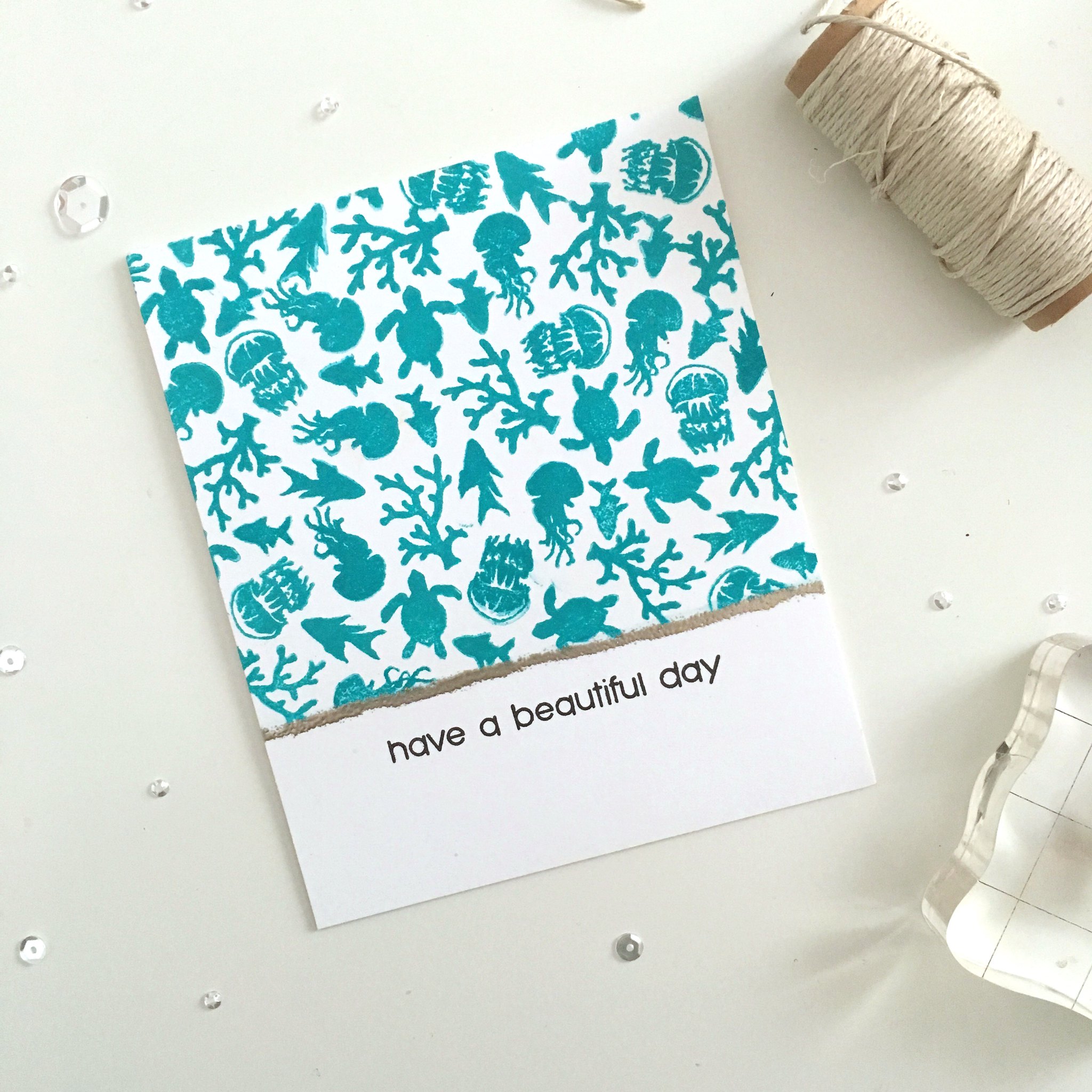 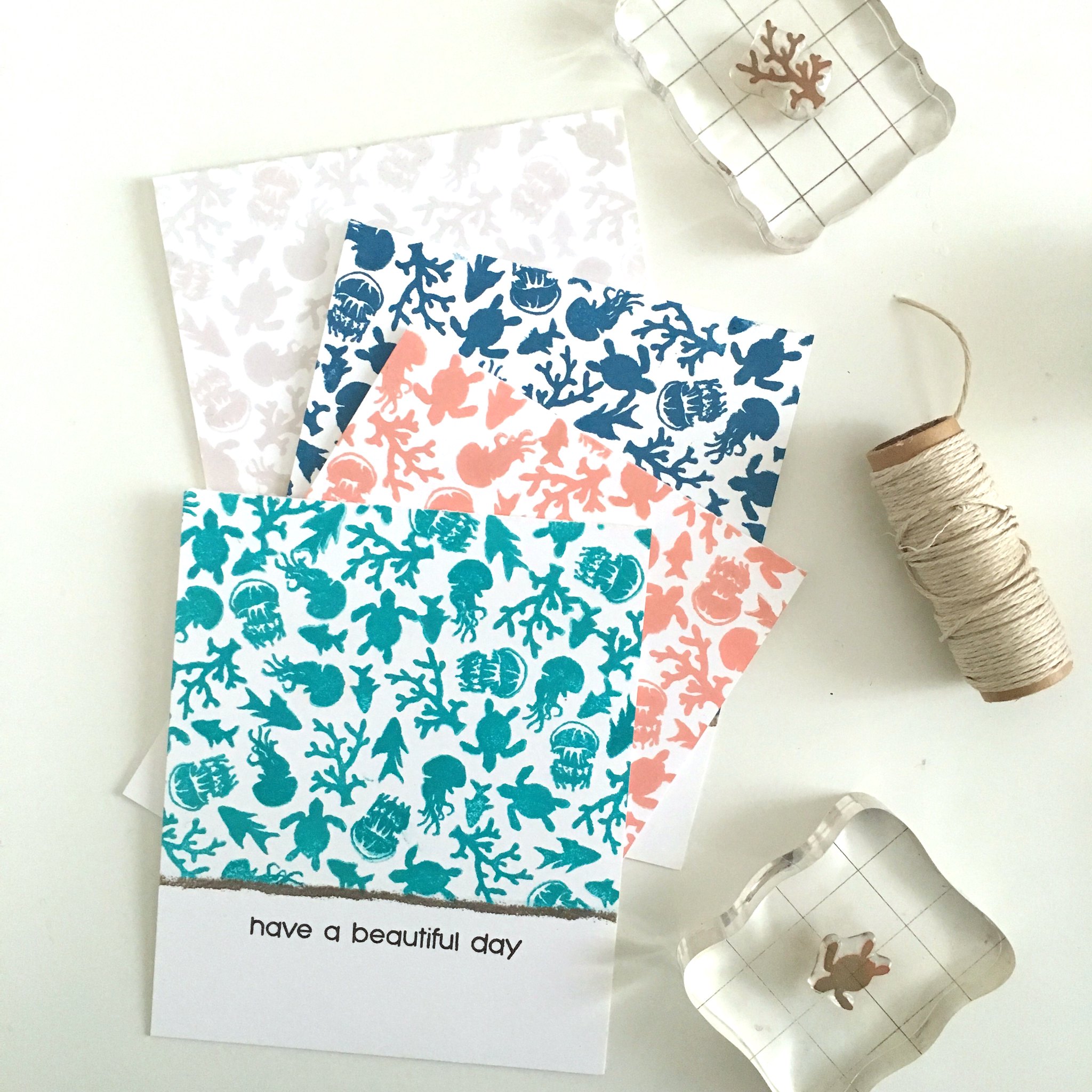