It’s almost time for fireworks! So for now, here’s the second of the  Independence-day-inspired mani’s I’m sharing on the blog leading up to July 4th! For this mani I used a toothpick to create a tie-dye effect, which conveniently also kind of reminds me of fireworks. 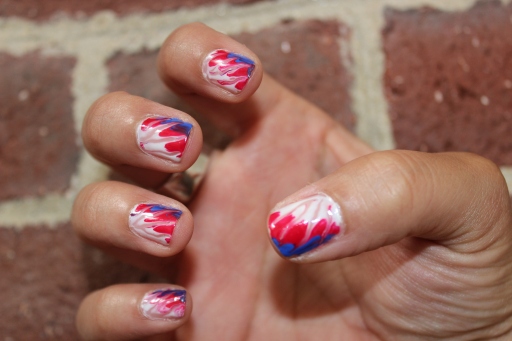 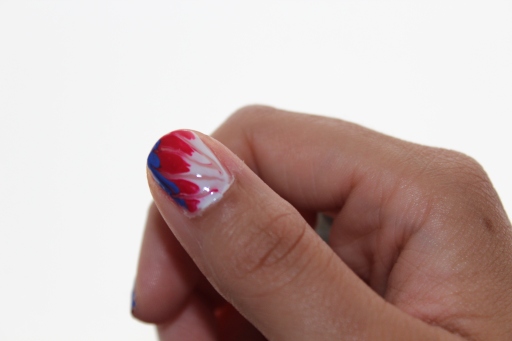 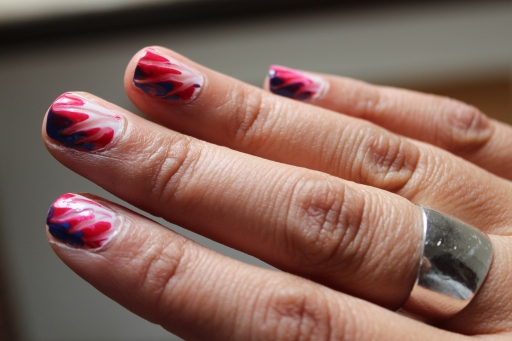 Working on one nail at a time, I painted on a healthy swath of the lightest color (the white) at the lower left of my nail toward the center. I then layered the red in the middle, and the blue at the upper right corner. Then, I took a toothpick and dragged the tip of it through the polish, starting in the white area at the lower left and dragging it toward the blue at the upper right corner. If you work quickly, you’ll end up with a nice tie-dye effect.

Check out my other 4th of July mani’s: 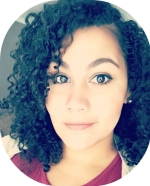